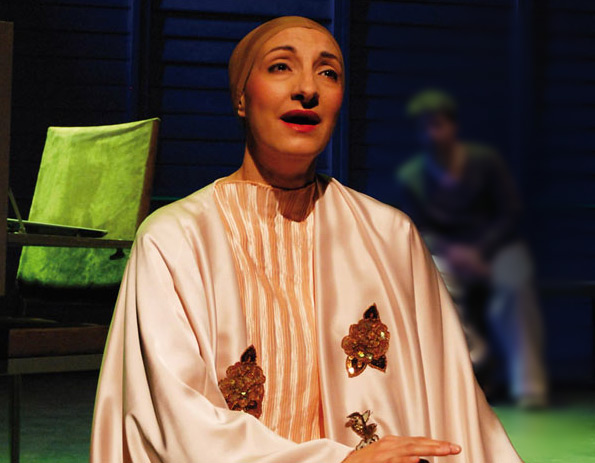 actress co-founder of Sarabela Theater he mainly performs his acting work in this company, although he has also worked at C.D.G. and in various programs and television series such as, for example, in EXCUSE ME, or lately in the series THE SERRANOS, TERRAS DE MIRANDA or HOMEMADE

He is a teacher at the Theater Department of the University of Ourense, from where he also coordinates MITEU every year.

2009. The Esmorga by Blanco Amor (Dramaturgy by Begoña Muñoz and Carlos Couceiro)

2011. The wonder of water by Fine Calleja

2012. The journey to nowhere by F. Fernán Gómez (Dramaturgy by A. Cuña Bóveda)

2013. the age of the peacock by Aristides Vargas

2014. The Last Dragon by Fine Calleja

2015. Blindness essay by José Saramago (Dramaturgy by A. Cuña Bóveda)